I’m thinking of what I should write about, and I realized that most people don’t really know what I do in my free time. So, I decided to write a bit about my many hobbies and my favorite pastimes.

Off the bat, when someone mentions pastimes, immediately baseball comes to my mind. Unlike most teenagers these days, sitting down with a bag of sunflower seeds and watching Andrew McCutchen play his heart out for the Pittsburgh Pirates is something that is so exhilarating to me. 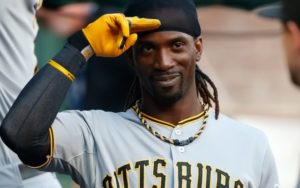 From playing baseball in my youth, I have a very strong connection to baseball. Whether its the ability to sit back while watching the battlin’ buccos and watch a historic (baseball is over 100 years old) game, or be knocked out of my seat by new, up-coming players (like Aaron Judge and Bryce Harper), I always enjoy watching baseball.

Now, let’s take a 180 degree turn to the opposite of the sports spectrum. From the calm steady flow of baseball, let’s look at my fanatic fandom of hockey. Being a native of Pittsburgh, I am a die hard Penguins fan. It’s nice to know that 3 of the top 5 players have played for the Penguins organization, and I was alive to see all 3 play at one point in time. Watching Mario Lemieux, Sidney Crosby, and Evgeni Malkin play have made me realize how lucky Pittsburgh is to be home to incredible individuals. Even after I moved, I followed the Pens dearly, and seeing them win back-to-back Stanley Cups in the salary cap era is something sensational. 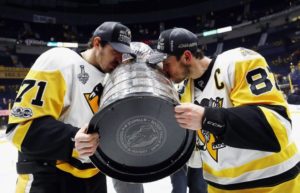 The Two-Headed Monster, Crosby and Malkin

From watching hockey, I also enjoy playing roller and street hockey. Since middle school, I’ve played hockey as a way to relieve stress and work out. At Carnegie Mellon, I am part of their roller hockey club team. Seeing the work ethics of Crosby and Malkin drives me to work hard while playing as well as in my other work. Hockey has been an integral part of my development as a person, and is also one of my primary hobbies.

Now, let’s move on over to some nerdy hobbies. I am really interested in cryptography and cyber security. So, on the side of my current research and job, I also research methods to securely encrypt and decrypt data. Previously, I’ve done some research to fruition. Along with cryptography research, I like to dabble in biometics, specifically iris recognition. During my junior year, I was lucky enough to have some research published here. I’ve have slightly grown out of these fields since I’ve been studying them for over 4 years, but I am still passionate about them.

Another field I am quite passionate about is compilers. Yes, this is extremely nerdy. And no, I do not think that is a bad thing. Back to compilers. Since the winter of 2016, I’ve been working on creating a compiler for a custom Lisp language I am creating. As of 06-20-2017, I have one release, the beta version of the language SCLI! This project has been an amazing learning journey. I went from knowing nothing about compilers to creating my very own small simple language with a fully function compiler. This project has been on and off due to college, but this summer I know I will make great strides in it.

So, these have been a few of my most beloved hobbies and pastimes. I really look forward to writing more about them, whether it’s in a tutorial format or a blog format!